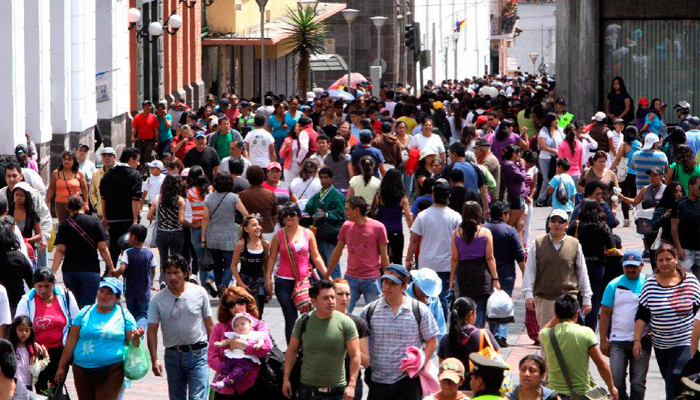 The population of Chile today represents centuries of intermingling peoples and cultures. Pre-Columbian tribes range the length of the country, with the most ancient mummies ever found unearthed in the far north, and the southernmost indigenous populations living at the bottom tip of the Americas. Spanish colonizers inter-married with these populations beginning in the 16th century, and immigration from around the globe has continued ever since. Today Chile’s 16 million inhabitants are the living embodiment of this fascinating history.

About 700,000 Chileans self-identify as belonging to a particular ethnic group, or nearly 4.6 percent of the total national population. The largest of these ethnic groups is the Mapuche, who were the last of Latin America’s indigenous peoples to surrender to Spanish colonial control. The Mapuche are concentrated in the Araucania region of southern Chile, in and around the city of Temuco. In the northern deserts and mountains, the Aymara and Atacameño peoples are the most prominent ethnic communities alongside smaller Quechua and Colla communities, while the Alcalufe (or Kawesqar) and Yaghan are the last remaining indigenous peoples of the Tierra del Fuego. On Easter Island, the Rapa Nui ethnic group preserves its unique Polynesian traditions.

Spanish colonizers in the 16th century constituted the first wave of immigrants to Chile. Following independence, Chile encouraged immigration from throughout Europe, with the largest communities of Germans, who settled in the Lakes District, and Croatians, who settled in the far south. Other European migrants included French, British and Italians.   Palestinian immigration also began at this time, with the first Palestinian Christians arriving in Chile following the Crimean War, and more arriving during the wars that altered the geography of the Middle East in the first half of the 20th century. Today, Chile is home to the largest Palestinian community outside the Arab world.   Chile’s Asian community also began to grow in the 20th century, and particularly following World War II.  This immigration boom can be seen clearly in the large populations of Korean, Chinese and Japanese Santiaguinos. Most recently, the growing, stable economy and high quality of life has attracted large immigrant communities from Ecuador, Argentina and especially Peru.   More recent immigrant communities have a powerful presence in Santiago, while the longer-established immigrant communities from Europe have often preserved a unique way of life in townships throughout the country. The towns of Frutillar, Puerto Octay and Puerto Varas on Lake Llanquihue remain typically Bavarian, while the cities of the far south preserve Croatian folk traditions, and towns like Capitán Pastene near Temuco have been largely Italian since the 19th century.

With its colonial heritage, Chile is, like much of Latin America, a predominantly Catholic country, though religious diversity is respected and constitutionally protected. According to the 2002 census, 90 percent of Chileans over 15 ascribe to a religious faith, with 70 percent of these identifying as Roman Catholic, 15.1 percent as Protestants and the remaining 4.4 percent divided amongst other major world faiths.